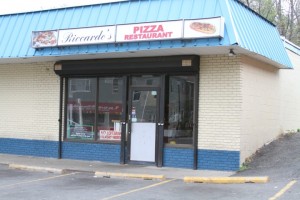 On November 2, 1969, my family immigrated to the United States from Carini, a little town on the outskirts of Palermo, Sicily. Ever since our arrival, my father, Antonio, had envisioned opening a family restaurant. We first settled in New York City where my father took a job as a construction worker, working on the site of what was to become the World Trade Center. He managed to save enough money and finally fulfilled his dream in April of 1972 when we opened Riccardo’s Pizza. My father oversaw the overall kitchen operation while I concentrated on developing our old style pizza making technique. Riccardo’s has proudly served the community for 39 years, offering traditional Italian dishes, New York-style pizza, hoagies, and cheese steaks. Our dough and sauces are made fresh daily. Our success and delicious food can be attributed to old world family recipes that have been handed down over the years.

These past 39 years at Riccardo’s have been most fulfilling and challenging as we have seen entire neighborhoods go though many changes. One thing however has always stayed constant, customer’s appreciation and love for our food. We thank all our customers for their constant loyalty and support.
In 1985, we were able to open a second restaurant in Pennsauken and named it Francello’s, a combination of my name, Frank, and my brother’s name, Marcello. Both Riccardo’s and Francello’s would not have been possible without the overall collaboration of my entire family, and in particular, my sister, Josephine, who is a constant presence at Francello’s.

Sadly, our father passed away in 2006, but his legacy of providing consistent, fresh and bountiful Italian dishes still lives on.